Ten Reasons to Think Beyond PRINCE2 with AXELOS


Project management competencies matter. You need the soft skills to do your job properly. That's just one particular reason why attainment of some form of the PRINCE2 certification is not the salve for your project management career hope wounds - those cuts can get larger if you allow. Below are ten reasons as to how far you have to be willing to go with PRINCE2 - and where else you might have to go to make the most of your project management potential...


One For Good Measure: The University of Grey Hair
Now that I am the 'Silver Fox' and grey hairs considerably outnumber the dark ones I can fully realize that the old saying 'there is no substitute for experience' may well be true. Certainly the world is full of people that are far cleverer than I will ever be, but sometimes I have seen a situation so many times that I can predict the outcome. As we say in the Project world 'learn by experience'; let’s have lessons learned, not lessons identified.

A Project Deadline That Won't Slip: Subscribe to The P3M Globe

I come from a newspaper background, cutting my teeth in the seat of the Cherokee Nation - Tahlequah, Oklahoma. Fascinating place, fascinating industry, prepares you well for other walks of life. To this day, if a blog post is submitted to me (your editor, in case you didn't know already) after deadline, it remains akin to a troll's fingernails on a chalkboard. Deadlines were a way of life, the rule without exceptions: there was absolutely no room, as legendary comic George Carlin once put it, to test the elasticity of them.

Naturally as the career expanded, I ended up with responsibilities that used the writing & editing capacities, but left me to rethink the loose ends that often need to be secured first. You know, the ones that don't actually extend the deadline, but merely strain the elasticity of the Time, Cost and Scope of the project triangle we all are so familiar with now (and brings the troll out from under the bridge and into my proverbial classroom). So suffice it to say, it's nice to bring a bit of normality and familiarity to the job.

The P3M Globe, a daily online newspaper from paper.li, is as close as I'll get to the old days, and it's good enough for me. Evolved from our old PM-Partners Weekly, p3m global are breaking away from the old format and into an evening daily (or an afternoon/late morning edition for those in the Western Hemisphere, especially Tahlequah!). Coverage collates the best of the #PMOT and #PM hash tags, with familiar voices like the PMI blog team, Voices in Project Management; Bernardo Tirado, Susanne Madsen, ProjectManagers.NET, APM and many more. Whilst not all of them write their own stuff, The P3M Globe exemplifies why sharing the strongest pieces and thought leadership (or retweeting, to use common parlance) on Twitter is to the benefit of the consumer and a great way to think not only about your job, but about how to your job well.

But more importantly, it forces the narrative and those in the know on the #P3M, #PMOT and other leading project management hash tags to bring their A-game continuously. Good content rolls and gets pushed. Whenever people thank me for promoting their writings via the latest edition of The P3M Globe, I make it a point to let them know that what they're putting out into the Twitter ether earned the push. Ergo: for the best words on Twitter about our practice, a subscription to P3M Globe from p3m global and paper.li is the way for the "on the go, no time to check Twitter", user to get it. 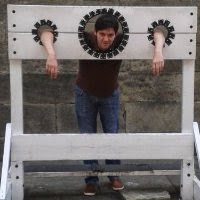 Dan Strayer is the Marketing Coordinator for p3m global. A native of Manchester (by way of the US), Dan currently edits all forms of p3m global Media, including this blog, the monthly newsletter (subscribe here), and all forms of social media output by p3m global that you can see in the icons below. Other recent ventures from p3m global Media include Slideshare and Prezi. Get in touch with Dan on Twitter via @p3mglobal or @danlstrayer.

The Semantics of the Portfolio Management Professional (PfMP) Course

This week, we thought it would be useful to spread some of the joy regarding the development of the new PMI Portfolio Management Professional certification (PfMP), which will add a portfolio level to the PMI's suite of qualifications.

"What is portfolio management?" I hear you say. Well, the official definition from the PMI is "a component collection of programs, projects or operations managed as a group to achieve strategic objectives." The APMG define it as "the totality of an organisation's investments (or segment thereof) in the changes required to achieve its strategic objectives." Basically, making sure you are doing as much of the right stuff as you can – and demonstrating that you are doing it.

To put it in simpler terms, consider a car. You have a nice bright shiny new car. It is of no use to you unless you have the skills to drive it…that is your project management layer – or the ability to maintain it or have it maintained…the operations layer. That enables you to get from A to B.

But what is B? Where are you going? If you are taking three kids to school, it is no good having a sports car. If you are moving furniture around, it's no good having a little four seat saloon car. So the vehicle is programme management layer – it's no good being a really good driver (the project management layer) with really good skills as a car mechanic (the operations layer) if you don't know where you're going.

The final part of the picture is how you are going to get there – if you like, the SatNav bit. How can you most efficiently get to where you are going without sitting in traffic for hours on end, or running out of petrol. Conceptually – the world of portfolio management! It's all about saving money, getting more value out of what you are doing – more bang for your buck. If you consider programme management as "doing the thing right"… portfolio management is doing the right thing.

So the PMI is in the final stages of producing a certification to demonstrate someone's ability and experience at the portfolio layer. What's the point? Well, portfolio management is being adopted more and more - across industries and across the globe. So, there is a corresponding demand for more knowledge, resources and professional recognition. The PfMP credential is intended to validate and demonstrate a practitioner’s knowledge and experience. It will also differentiate practitioners from their non-credentialed peers, and, because it is transferable among methodologies and industries, it helps make them more marketable. It will complement existing qualifications such as the MoP and provide the first globally-accepted credential for the role of a portfolio manager.

We've written before about PfMP, including a useful set of FAQs about how to attain the certification.
Be sure to check out PMI's literature on PfMP development as well.

Steve Butler is Head of Delivery at p3m global. He was a Co-author of the PMI Standard for Portfolio Management, 3rd Edition, and has been a key contributor to other recent PMI publications, including OPM3, 3rd Ed., and Software Extension to the PMBOK® Guide Fifth Edition. earning special distinction as the only co-author based in the UK. Join the PMI Portfolio Management debate on our LinkedIn Group page - hosted by Steve - today.

What the World Cup Teaches Us About Project Management

Whether you like it or not, there has been no escaping this year's World Cup. Despite the disappointment of England's untimely departure, the competition continues to dominate the front and back pages. Whilst he is nursing the pain of the USA's recent exit, our resident Yank and marketing expert Dan (Editor's note: a.k.a "Editor" heretofore) has asked me to reflect upon the “lessons learned” from Brazil 2014.

Here's a list of 10 shameless analogies to project management from this year's tournament: 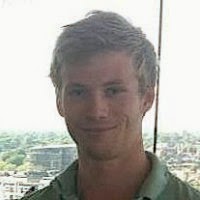 Nick Sharpe joined p3m global as a University of Exeter graduate in 2013, working in a consulting capacity to drive improvements in the Project Management methodologies of our clients. After a quick-fire induction on our Project Management Fundamentals course, and initiation into the wonders of the 'iron triangle', Nick was qualified in PRINCE2 and MS Project, and assessing clients project management frameworks. Nick has worked with clients in the recruitment, telecoms and energy sectors, and with HR, Business Services and IT departments.

Email ThisBlogThis!Share to TwitterShare to FacebookShare to Pinterest
Labels: #pmot, business benefits, business change, Klinsmann, lessons learned, Nick Sharpe, project management, project management capability, project management competency, risk management, Suarez, World Cup
Newer Posts Older Posts Home
Subscribe to: Posts (Atom)
Welcome to the p3m global Blog.
p3m global is a specialist project, programme and portfolio management (P3M) consultancy, focused on empowering our clients to realise successful change and deliver on their promises.
In partnership with our clients we optimise their investment by applying the right blend of solutions, drawing from the most comprehensive, integrated and coherent range of P3M services in the World. In this way, working with genuine integrity and flexibility, we demonstrably enhance our clients’ ability to execute and evaluate their corporate strategies.
At p3m global we believe P3M capability relies on three key areas: people, process & technology. Visit www.p3m.global to explore how the p3m global team can help you and yourorganisation enable those capabilities through three crucial principles - assess, develop & engage.